The Guild of Artists & Artisans announces a new endeavor; launching Gutman Gallery, a fine art gallery and shop located in Downtown Ann Arbor. Named after Vic Gutman, the founding director of The Guild, Gutman Gallery was developed to align with The Guild’s mission to provide its members with marketing opportunities, which serve as educational, cultural and entertaining events for the community. Not only is the gallery home to rotating art exhibitions and a gallery shop, but it also provides a space for the community to gather for workshops, classes and events celebrating the arts.

Gutman Gallery is located at 118 N 4th Ave in Ann Arbor. The gallery is an inclusive fine art space open to all regardless of gender, sexual orientation, religion, racial group, etc. With artists at the heart of everything that The Guild does, the exhibitions feature artwork from both Guild artist members as well as non-members and is curated through jury selection. The gallery shop is an opportunity for current Guild members to showcase and sell their work. Each offer an exceptional opportunity for artists as they have highly competitive commission rates, with artists receiving a large percentage of their sales. Recent renovations to the space were made possible with support from the Michigan Council for Arts and Cultural Affairs.

We look forward to sharing our space with you! 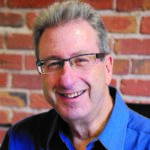 Vic Gutman, president and founder of VGA, graduated from UM in 1974. While a student, he helped found the Free Fair (now the Summer Art Fair), at the university’s request. He managed the event for three years: 1971, 1973 and 1974. He also established the Michigan Guild of Artists and Artisans in 1973.

Vic founded VGA in 1978. Since that time, he has provided communications, organizational development, event management and fundraising services for hundreds of nonprofit organizations in Nebraska, Iowa and Michigan. Vic’s in-depth knowledge of Omaha’s philanthropic community has helped raise millions of dollars for nonprofit organizations including The Rose Theater, in COMMON, Immigrant Legal Center, Latino Center of the Midlands, MENTOR Nebraska and Girls Inc.

VGA was instrumental to the development and management of the Tri-Faith Initiative of Omaha – a globally unique project that intentionally co-located a Jewish Temple, Muslim mosque and educational center and a Christian Church on one campus. VGA assisted the three faith partners with strategy, marketing and raising the funds to purchase the land and build the mosque. VGA also raised the funds to build the Tri-Faith Center, the fourth building on the campus, which serves as social and educational center for the Abrahamic faiths.

Vic has worked on more than 100 events including the 300th anniversary celebration for the City of Detroit, Nebraska’s Lewis and Clark Bicentennial Commemoration and Omaha’s 150th birthday celebration. He helped establish the Omaha Summer Arts Festival in 1975. He also spearheaded the revival of the farmers market in the Old Market in 1994 and helped shape Omaha’s Millennium Lights Festival in 1999. Millennium Lights became the annual Holiday Lights Festival which is still managed by VGA.

Vic also worked as an assistant public defender in Douglas County, Nebraska from 1980-1986.

Bachelor of General Studies, University of Michigan at Ann Arbor